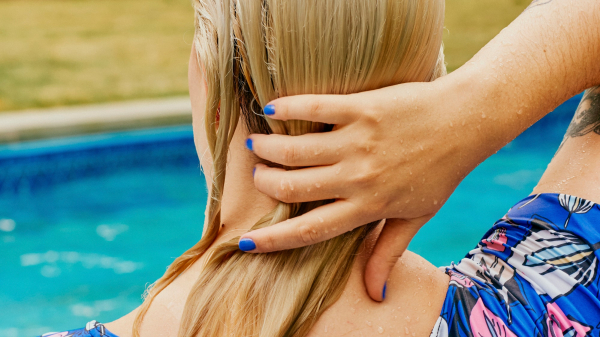 With summer around the corner, TikTokers are eager to find new ways to lighten their hair. That's where the bleach washing trend comes in. HairTok is buzzing about the process that promises to lighten and remove previous tones from your hair in less time than the traditional hair-bleaching process. In fact, #BleachWash has already amassed more than 12.8 million views on the video-sharing platform.

Sounds easy enough, but is bleach washing really the best answer to all of your hair-lightening woes? Let's ask the professionals.

What is bleach washing?

The term "bleach washing" refers to a process in which hair lightener (a.k.a. bleach) is applied on wet hair, typically after getting highlights or a balayage service. Exactly how much bleach a stylist adds really depends on how light you want your hair to look. "Usually there is a variable mixing ratio allowed depending on what consistency you like," adds Evan Sollars, a hair color specialist at Mockingbird Salon in Philadelphia.

The service is most commonly used to remove old toner, make the hair a little lighter, or to soften the difference between the base color and the highlights, says Jenny Pearlman, a colorist at Little Lion Salon in Brooklyn.

While it is possible to apply the bleach wash solution strategically all over the hair, it's more common to use it on the ends to get a brightening effect. "Once your highlights are rinsed, your ends may need a subtle lift to get a bit lighter," Devin Cook, a colorist at Blackbird Salon in Washington, D.C., explains. "This is where bleach washing can be introduced."

Bleach washing is big on TikTok right now, but it isn't a new concept. "Bleach washing was super popular when I started doing hair 12 years ago," says Eric Vaughn, a hairstylist and the owner of REV Salon in Houston, Texas. Now it's coming back because people are posting videos of bleach washing on social media, introducing it to new audiences, he adds.

This content can also be viewed on the site it originates from.

How does bleach washing work?

Bleach washing is most commonly done at the shampoo bowl at a salon. Traditionally, the colorist mixes the lightener with water to soften the lightener. Since the process is done on wet hair, the colorist can finish it faster than they can with a traditional bleaching process.

Bleach washing has classically been used as a technique for color correction, and even for corrective use, it is incredibly unreliable and unpredictable, says Sollars. If you're doing it on your own at home and you're not careful, you could expose unwanted colors in your hair without being able to successfully adjust the remaining tone like a professional can. That's why all of the professionals we spoke to warned against DIY bleach washing. "This is not a service that should be performed at home because bleach in any condition can cause irreversible damage," Cook says.

Bleach washing can be more gentle than traditional bleaching since the lightener is diluted and applied on wet hair, but it's important to note that you can't always expect to achieve the same results you would get with a traditional lightening service.

This content can also be viewed on the site it originates from.

Who is bleach washing for?

Although TikTok is filled with people doing DIY bleach washes at home, the process should really only be done at a salon. It's usually part of a corrective color process, rather than a first step in coloring. "It can be a much milder process to start with on the hair if the hair has been compromised from previous services," Scott Tyler, a colorist and educator at Van Michael Salon in Atlanta, says. It is mostly used for overly deposited tone in the hair as well as lifting out unwanted previously darker color from the hair, he adds.

Several experts said their clients don't usually come into the salon asking for a bleach wash. "I haven't had anyone ask for this particular service," Tyler says. "I only introduce a client to the option when there is unwanted tonal color happening in the hair." 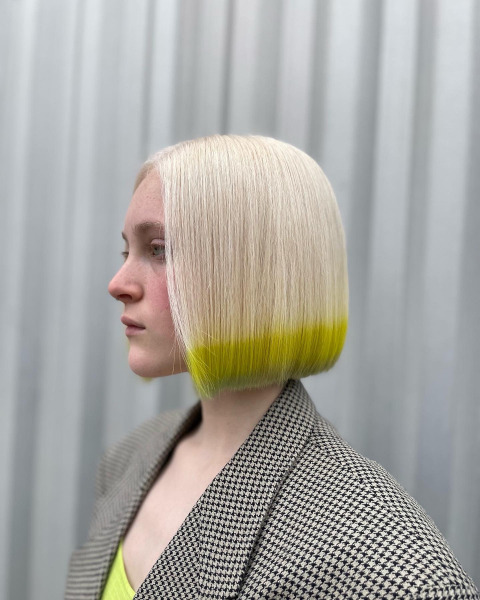 How do I bleach wash at home?

The short answer, we repeat, is don't. Colorists are cautious when they do the occasional bleach wash for a client. "This technique is in my toolbox but truly only comes out when necessary," Stephanie Diaz, a hair color specialist at Love Lane Salon in New Jersey, adds. "If hair that is not previously lightened is bleach washed, the risk of exposing unwanted warm tones is high."

In fact, doing it on your own at home can have consequences. "This is not a service that should be performed at home because bleach in any condition can cause irreversible damage," Cook says.  Said damage could include hair dryness, breakage, and loss.

"It's just another TikTok trend," adds Abigail Bazzoli, a Los Angeles-based hair colorist and founder of an online community of stylists called Hair Painters. Her younger clients ask about bleach washing since they've seen it on TikTok, but once she explains it to them, "they're a little turned off," she explains. "Would I recommend it at home? Absolutely not."